In addition, the following artists have appeared with Catch! 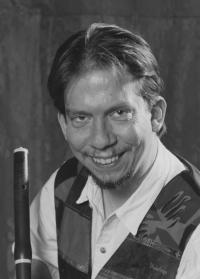 William Summers studied at the Colchester Institute School of Music, and with Philip Thorby at Trinity College of Music. He now teaches at Brunel University and privately.

With Heidi Pegler and Richard Partridge, he is Co-Director of The Loki Ensemble, founded by him at Trinity, which performs baroque cantatas and chamber music on period instruments, and has received many favourable reviews, not least from its performances at the Edinburgh Festival Fringe. In 1998 he launched the Kingston Early Music Series, which he developed into the Kingston Early Music Festival the following year. 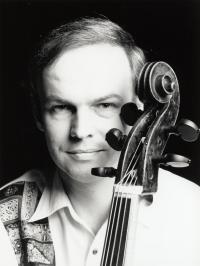 Mark Argent plays cello, oboe and recorder, and composes. In 1992 Macmillan published his edition of the Recollections of the musician R. J. S. Stevens, which provide a fascinating snapshot of eighteenth-century British musical life.

He studied conducting with George Hurst and Adrian Leaper, and cello with Michael Garbutt, and currently with Jane Francis and Susan Sheppard. He performs mostly chamber music, using the five string cello for conventional continuo work, as a harmonic continuo instrument, to explore the repertoire of virtuoso music for viola da gamba, and, of course, to play modern music and jazz. This leads to surprising crossovers, such as playing the Mystery sonatas of Biber on 5-string cello wiht jazz bass “continuo”.

Away from the concert platform, he is active as a composer and transciber. His transcriptions follow the baroque practice of adapting works from one instrumental grouping to another, and recent works include a cello transcription of J. S. Bach’s Toccata & Fugue in D Minor featured in a major article in the Autumn 2000 issue of Musical Times, and available online. His transcription of the sonata for viola da gamba and harpsichord in D major by J. S. Bach as a trio sonata received its first two performances by Catch! in September 1999.

His Five Mediæval Lyrics are on were on the Society for the Promotion of New Music (SPNM) shortlist 201–2004, and received their première from the BBC Singers at the Purcell Room in October 2001. This ahs been followed by his Quintet (three recorders, viola da gamba and harpsichord) and Angels’ Song, both on the 2004–2006 shortlist.

Recent Compositions include a third Osterley Suite for solo clavichord, and a string quartet movement Fløyen in the Rain (premiered by the Elysian Quartet at an SPNM event in December 2004). His sketch-pad currently has material for a piece for muselar virginals, more music for solo tenor recorder, a piece on the seasons for three sopranos, a string quartet and a fourth Osterley suite which will be for solo cello.

Mark’s web site is at www.MarkArgent.com.

Artists who have appeared with Catch!

Helena Brown was brought up in Oxford and won a scholarship to study at Dartington College of Arts and then at the Royal College of Music, where her professor was Hubert Dawkes.

After leaving college she worked for the Royal Ballet whilst establishing a career as a harpsichordist and pianist.

Her work includes recitals, recordings ad broadcasts of both baroque and contemporary repertoire, and recently she has enjoyed working as Music Director with Isleworth Actors’ Company, and on a new poetry-with-music project with the baroque ensemble Musica Dolce; this “entertainment” was recently premiered at Brunel University). Other recent ventures include a Jane Austen evening with her duo keyboard partner, Penelope cave.

Patrick Huang is a Hongkong-born Canadian, who has sung professionally in Toronto with Tafelmusik and the Elmer Iseler Singers. With them he has appeared in recordings and broadcasts, and has toured the United States and Canada. As a soloist Patrick has performed many of Bach’s Cantatas, as well as the St. John Passion, St. Matthew Passion, Christmas Oratorio, and Easter Oratorio; other works he has performed include Handel’s Messiah, Nisi Dominus; Purcell’s Tempest and Verse Anthems, and Schütz’s St. John Passion. He obtained a Bachelor degree in Italian and German, as well as an Honours Bachelor degree in Music, Voice Performance at the University of Toronto. In 1995 he was made a Fellow of Trinity College, London. He also attended Britten-Pears School for Advanced Musical Studies. He has recently obtained his Masters of Music in Performance from the Royal Academy of Music, University of London. He currently studies with Ian Partridge.

Janet Oates has a light soprano voice and specialises in early music and coloratura. She recently gained a diploma in opera studies from Abbey Opera, and is currently studying under Geoffrey Thompson and Amerel Gunson.

Melanie Thompson studied the modern flute at Wells Cathedral School, and then won a choral scholarship to Trinity College, Cambridge, where she read music. As a member of the Chapel Choir and Chamber Choir she toured New Zealand, America and Europe, making several recordings and broadcasts. Since leaving she has taught the modern flute, broadcast on Radio 3, sung in several operas and set up and acted in an Amsterdam theatre company. She “discovered” the baroque flute early in 1996, and has since studied with Janet See and Claire Guimond.

Melanie’s web site is at www.melthompson.cwc.net.